Members past and present:
Brandenburg

The Land Brandenburg is one of the sixteen federal states of the Federal Republic of Germany. It is located in the east of Germany and neighbours Mecklenburg-Vorpommern to the north, Lower Saxony and Saxony-Anhalt to the west, Saxony to the south and the Republic of Poland to the east.

The federal capital Berlin, a state in its own right, is situated in the middle of Brandenburg. The metropolitan region Berlin-Brandenburg, which covers the entire territory of both states, has about 6 million inhabitants, the vast majority of whom reside in Berlin and the surrounding municipalities including the Brandenburg state capital Potsdam.

Brandenburg is characterised by very diverse patterns of population and population density, demographic and economic development. It consists of suburban areas with a growing population around Berlin – called "Speckgürtel" and more sparsely populated regions in the rest of the state. In addition to the cities of Potsdam, Cottbus, Brandenburg an der Havel and Frankfurt (Oder), small and medium-sized towns characterize the settlement structure. The degree of urban sprawl is therefore very low. As the fifth-largest German state, Brandenburg is only sparsely populated with 84 hab./km². More than a third of its area is occupied by natural parks, forests, lakes and water areas. 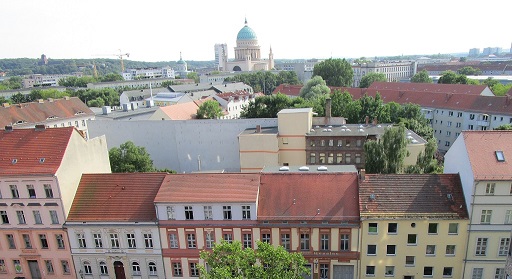 Brandenburg's economy has a focus on research-oriented innovative businesses due to several scientific institutions in the region around Potsdam, for example, in the fields of biotechnology and geo-sciences. Other economic activities include ICT, media and creative industries as well as tourism. About 44% of the area of Brandenburg is used for agriculture, the sector employing approximately 36,500 people in about 5,600 companies.

One of the main motivations to join the PURPLE network is the common interest  in developing sustainable solutions for the needs of peri-urban regions and the opportunity to share experiences in dealing with similar problems of peri-urban and rural regions. Within the network, the Land Brandenburg is represented by the Ministry of Infrastructure and Spatial Planning.

Member of the PURPLE General Assembly

Alternate member of the General Assembly

Member of the Working Group

Member of the Lobby Group