The South East of England has the largest population (c8.1 million) of any of the former “regions” of the United Kingdom. With the exception of London, it is the most prosperous part of the country and is often referred to as the “engine room of the UK economy”. At the same time, - and again with the exception of London - it also has the widest range of social deprivation and economic disparities with a calculated 500,000 people living in deprived areas. It contains both urban and rural features and there are many places where the two coincide.

It is an international gateway with a huge amount of physical and complex transport infrastructure. Large parts of its road and rail systems are heavily used and highly congested on a daily basis. Although the region is adjacent to London it has no single dominant urban centre itself and its largest cities have populations of only about 250,000. Indeed, more than 80% of the area is classified as ‘rural’ and is home to a quarter of its residents. There are more than 170 small rural towns (with populations of less than 20,000) and more than 1,400 villages. It also has a coastline with a total length in excess 300km forming the most part of the northern coast of the English Channel (Mer de la Manche) and significant marine and coastal tourism economic sectors.

As well as – (and often alongside) – busy and crowded areas of high transport usage and the competing pressures on space that follow, South East England has many areas of exceptionally high quality natural landscape, with the highest proportion of land covered by protection designations of any former English region. It also boasts large amounts of woodland – much of it historic. It enjoys considerable built heritage assets with thousands of historic buildings in urban and rural communities as well as castles, country houses and gardens. The high quality of life this offers is mirrored in high costs of living particularly in terms of housing costs.

The rural dimension of the area is vital to its character and socio-economic profile. More than 100,000 businesses (40%+ of the South East total) are based in rural areas albeit that less than a third of these are land-based businesses. Some 70% of the region is farmed and it is farming and forestry that largely manages and maintains the countryside. There are c23,000 farm holdings in the region with around 10,000 full-time and around 17,500 part-time farmers. The South East ranks second in England for the number of horticulture businesses and for the total number of people employed on farms.

South East England is home to a population that is in many cases educated, qualified and skilled to levels significantly in excess of the national average. This in turn makes the area an attractive proposition for inward investment. Average income levels reflect this earning power and unemployment rates are low – notwithstanding smaller areas of relative deprivation. Business start-up rates and enterprise activity levels generally remain higher than average even in times of considerable economic difficulty. At the other end of the spectrum the area is home to a large number of multinational enterprises many of whom work in partnership with local SMEs and often in harness with a vibrant Higher Education sector at the cutting edge of innovation and research and development.

The overall profile for the area is one of a complex mixture of both urban and rural features – road, rail and air congestion; land pressure; high quality of life for many; large volumes of commuting to a major capital city; a lot of valued and protected natural and built landscape; a hugely varied environment; and a complicated series of multi-level governance arrangements.

The complex set of relationships and interdependencies between London and the parts of the South East of England closest to it, such as Surrey, serve as the clearest (and certainly the largest) example of the peri-urban phenomenon in the area. There are many others as well though in the areas surrounding smaller urban centres in the South East.

Physical growth and building is in many parts of the area managed through green-belt protection. Many local communities nevertheless feel under pressure from urban growth and from meeting the needs of urban centres in terms of water supply, waste management, commuter traffic, air quality and environment degradation.

Most residents of South East England recognise that they enjoy a high quality of life and many have previously felt that physical growth and its associated development has been a necessary condition for prosperity. However there are real concerns about resource consumption and patterns of growth and behaviour that are unsustainable in the long term. As a result there is a growing recognition of the need for economic growth to be “smart”, balancing the needs of the economy, the environment and the resident and visiting populations. 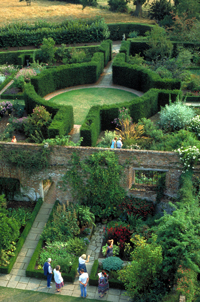 More than 40% of the region is covered by protective designations, which include Green Belt: Sites of Special Scientific Interest: a National Park* and Areas of Outstanding Natural Beauty (AONBs). There is some overlap with these different designations but nearly 33% of the region is recognised as having national quality landscapes. There is great variety in landscapes with chalk down-land; clay vales; woodlands and heaths. A second National park is under consideration.

*Note: a National Park designation in the UK recognises the importance of an area both for its landscape and recreational use, and places strict controls on land use - but the land itself remains in private ownership and eligible for European Agricultural Fund for Rural Development support.

Woods cover 14% of the land surface of the region – far more than the national average, some of it in urban areas and much of it on farms. The South East region has the four most wooded counties in England and 40% of England’s semi-natural ancient woodland.
There are more than 100,000 businesses [over 40% of the region’s businesses] that are based in rural areas but less than a third of these are land-based businesses. Some 70% of the region is farmed. It is farming and forestry that manage and maintain the countryside and are essential to maintain and manage the quality landscapes that give this region its competitive edge. There are 23,000 farm holdings in the region with around 10,000 full-time and around 17,500 part-time farmers. The South East ranks second in England for the number of horticulture businesses and for the total number of people employed on farms but it has the highest number of seasonal workers.