Members past and present:
South Moravia

The South Moravian Region is situated in the southeast of the Czech Republic, bordering on Austria and Slovakia. Its area of 7,188 km2 covers approximately 9% of the Czech Republic's territory. The region is further divided into seven districts (Blansko, Brno-City, Brno-Country, Břeclav, Hodonín, Vyškov and Znojmo). The region consists of 673 municipalities. 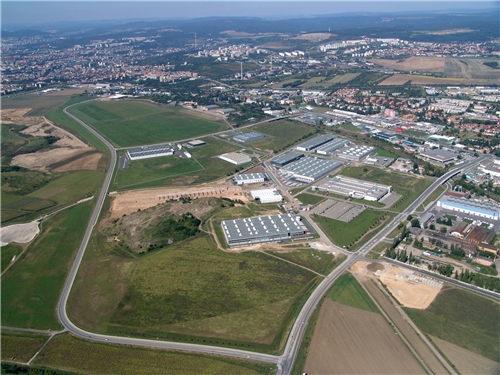 The South Moravian Region's population is 1,179,995 inhabitants (as at 30 June 2017). The number of inhabitants has been growing since 2003. The most remarkable growth was recorded in the Brno-Country District (especially in the suburbs: Modřice, Rajhrad, Šlapanice and Rosice). The density of population is 164 inhabitants/sq km.

Almost one-half of the region's territory (49%) is covered with arable land, which is well above the national average. The best quality soil for agriculture is in the strip located between Znojmo and Vyškov. The region contains 91.2% of all vineyards in the Czech Republic.

Use of agricultural land:

The region enjoys excellent transport peri-urban links thanks to the regional integrated transport system (IDS JMK), as well as a strategic position on the intersection of trans-European long-distance road and rail routes which are important arteries connecting the west of Europe with the east, and the north with the south.

The South Moravian Region is among the regions with the greatest economic potential. The gross domestic product is the second highest in the Czech Republic (after Prague), regional GDP represents approximately one tenth out of the total national GDP.

Traditionally South Moravia has been dominated by engineering (power engineering, mechanical engineering and electrical engineering) and textiles industries, but over the past two decades a dramatic decline of textile manufacturing and a substantial reduction in engineering changed the balance and new sectors are favoured – especially high-tech industries, such as electronics and software development, telecommunications, computer technology. Much of this change has been due to the steady inflow of foreign direct investment. Electrical and mechanical engineering also received a substantial amount of foreign investment either through joint-ventures, takeovers or greenfield investments and they are still important sectors of the South Moravian overall economy. The South Moravian Region offers significant support to the development of technology and biotechnology incubators designed for new companies and the region is turning into a central European biotech hub.

The capital of South Moravia is the city of Brno with a population standing at around 380,000. This number, however, represents only the number of permanent residents and does not include another approximately 150,000 people commuting to Brno for work, study and free time activities. The number of inhabitants together with the city's economic importance clearly makes Brno a dominant centre of the entire region. The role of the South Moravian capital city is further strengthened by Brno's important position in higher education – with almost 70,000 university students.

The city of Brno thanks for this reputation enjoys strong inflow of foreign investments such as of IBM and Siemens which both have their software design centres here, or of companies such as Honeywell (Global design centre, automation and control solutions), FEI (electron microscopes), BMT (medical equipment) with their research and development centres in Brno. An important player in the service industries in Brno is the Brno Exhibitions (Veletrhy Brno; BVV) – the largest company specialised in fairs and exhibitions in Central Europe.

South Moravia is a region with extensive cultural and historical roots and a great many important architectural monuments in all architectural styles. Two of these, Villa Tugendhat in Brno and Lednice-Valtice, have been placed on the UNESCO World Cultural Heritage List. In addition to cultural monuments and areas of natural beauty, tourists are also attracted to South Moravia by its living traditions and the warmth and hospitality of its people.

Peri-urban areas in the South Moravian Region
Our areas of focus:

Political Representative:
Mr Petr Springinsfeld, member of the South Moravian Regional Council and Chairman of the Committee on Interregional Relations