This event was designed to introduce PURPLE to new members and asociates and look at some of the opportunities and challenges for peri-urban regions across Europe.

Members of the PURPLE network, the European Office of the Metropolitan Region FrankfurtRheinMain and the State of Hessen hosted a New Year event and networking reception on 29 July, 2014 at Multiple Regions House, 21 Rue Montoyer, Brussels 1000. 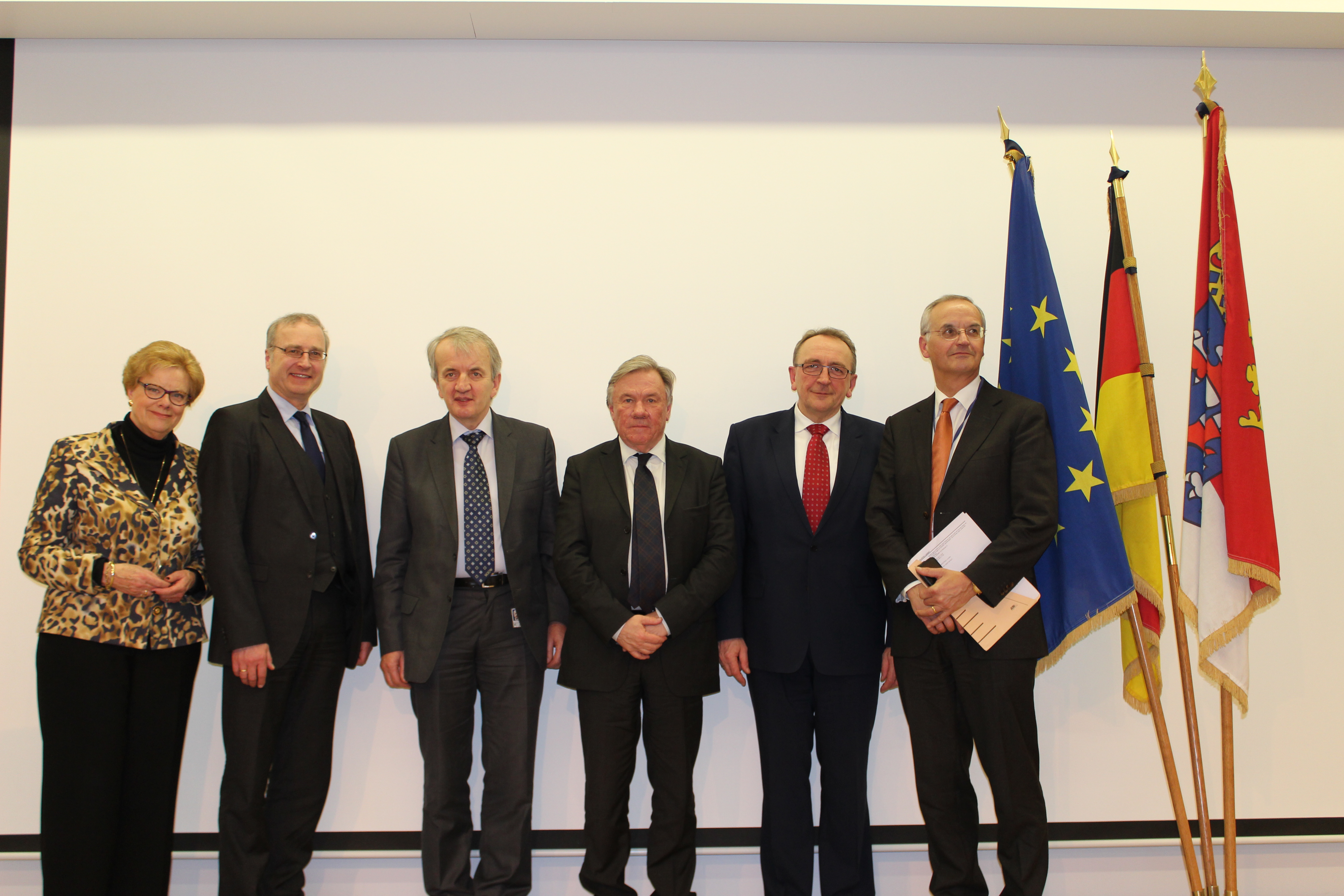 Political representatives from PURPLE regions spoke about their own experience of peri-urban development, including some of the current and future challenges faced by Europe's regional and local government in these complex and multi-functional areas.

Mr Lambert Van Nistelrooij MEP and Mr Wladislaw Piskorz from the European Commission, DG REGIO added some reflections on the relevance of peri-urban issues in the context of the EU agenda in coming months.

This seminar which was jointly organised by the EP Urban Intergroup and the European Commission took place on 28 January, 2014 from 1000-1300 in the Albert Borschette Conference Centre, Room OD, Brussels.

Speakers from DG REGIO, DG AGRI and OECD were joined by representatives of regions and networks - including PURPLE - to discuss the role of cohesion policy in stimulating rural-urban partnerships.