In the last quarter of 2017 colleagues from South Moravia, Czech Republc, have been busy talking about the PURPLE and its remit with local and regional organisations. As a result of their intense activity five organisations have signed up to PURPLE’s Peri-Urban Charter whose aim is to widen recognition of peri-urban issues and challenges in Europe.

The new signatories include two academic establishments with an interest in regional and territorial development; an environmental foundation; the South Moravian regional development agency and Association of Municipalities and Cities of South Moravia. A short description of each of these organisations can be found here.

Further to our previous news story with regard to the 11 October Workshop ‘Regions and change – the transformative power of transnational networks’, PURPLE has now published its own Key Messages summary of the event.

This document brings together a number of key points arising from the workshop and highlighting the role transnational networks can play role in bringing about change though policy development and project delivery. It can be downloaded here. 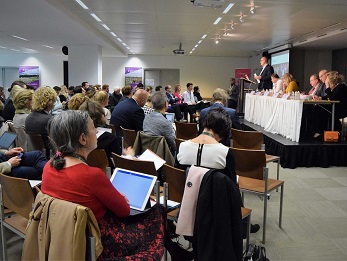 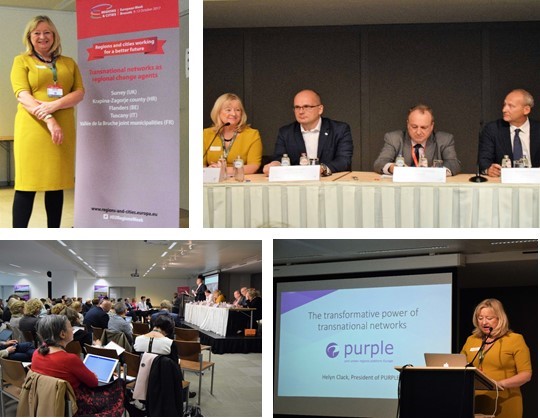 On 11 October PURPLE launched a Lobby Group Paper on EU Cohesion Policy beyond 2020 with a view to feeding into the debate on future cohesion policy and coinciding with the publication of the European Commission's 7th Cohesion Report.

The official launch took place in Brussels on the occasion of the ‘Regions and change – the transformative power of transnational networks’ at which PURPLE was showcased and as part of the official programme of the European Week of Region and Cities 2017.

The paper, together its related 'key messages' document, sets out core elements of what PURPLE considers to be essential principles for, and features of, a revised Cohesion Policy which takes due account of peri-urban Europe today.

The agenda and papers for the meeting are available in the member-restricted area.

Please note that registration is open to PURPLE member regions only or to others by special invitation. To register please email secretarygeneral@purple-eu.org by Thursday 5 October 2017 (late registrations will be considered).

The General Assembly meeting will follow the event at which PURPLE will be showcased as part of the European Week of Regions and Cities (EWRC) 2017: 'Regions and change – the transformative power of transnational networks'. Further details here.

The European Economic and Social Committee (EESC) has now published the key recommendations and workshop reports from the Civil Society Days (CSDs) that took place on 26-27 June and in which PURPLE President, Helyn Clack, had taken part (see article here).

The report on Workshop 2 on ‘Rural-Urban dimensions: towards more territorial and social cohesion’ in which Mrs Clack was a panellist highlights calls for a more cohesive Europe where “people living in rural, remote and peri-urban areas are not economically and socially disadvantaged as compared to people living in the cities and towns”. It proposes to achieve this through political recognition of rural areas and their needs; a rural agenda to be implemented at national and regional levels through a rural fund pooling existing sources of rural development funding; and though the provision of new technologies, infrastructure (such as broadband) as well as investments into human development and skills.

Six overall key recommendations emerged from the discussions at CSDs. Two of these recommendations echo points highlighted in workshop 2, with the CSDs’ participants asking that EU institutions “Stick to the objective of territorial and social cohesion to overcome the disparities between and within the Members States” and “adopt a rural agenda in recognition of the specific needs in order to ensure territorial cohesion”. All six recommendations are available here and opening and closing sessions as well as workshop reports can be downloaded from the EESC website.